Murder in the Dark v2

This is a simpler version of Murder in the Dark. Just as much fun!

GET READY
Get a bowl and fill with small pieces of folded paper. On one piece write the word "Murderer".
There is one murderer and the rest are victims.
Gather everyone in a pitch dark room, but with a single light switched on. Stand by the light switch.

PLAY
Now count down from 3, and switch off the light.
When the light goes out the murderer has to touch someone who "dies". Screaming a lot it makes it more fun ;-)

Then put the light back on. The remaining people have to guess who the murderer is.
After each guess the light goes out again until either people guess correctly or the murderer wins (you can kill more than one person at a time if you want). 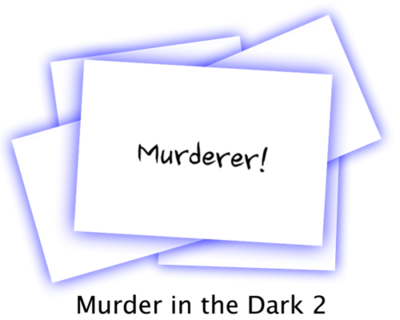 This is an awesome game

Yes you can play it with five up to eight recommended

you can play with as many people as you want. It works best with big groups.

You can probably play with as many people as you want. With these games, the more people, the more fun it is!

Would it work with seven?

Yes my child played with 9

Yes I played it and it with 6 and it should work.

Yes my daughter played with 7

Yes it works better with seven

Yes i played with 15

Only have 1 friend coming over:'(

I have 3 coming over

Same with me. Do you know any games to play with just 2 people?

Maybe you can play with siblings or parents 🙂

I agree so much. they should make a game similar to this but with only two people required. :( Still a fun idea though!

this game is wonderful. :D my daughter played it at her B-day. HUGE HIT! the girls <3 it!

you would need a lot of people, but it sounds real fun. :)

Very nice. Can't wait until I can play it at my sleepover!

I can't wait to try this! I just talked to my BFF and she said she wanted to try it too!

GREAT GONNA PLAY THIS AT MY MYSTREY SLEEP OVA

This game isn't exactly a game I would play...

You should play it

Sounds awesome! I am so gonna try this

i had a sleepover and this game was fabbbbb

the game is very fun indeed

Haha :D This Game Is Much Better Than version1 Haha XD The Screaming Makes It Absolutley Hilarious :D

Wow creepy! i love it!

this game is sooo good played it with lyk ten people sooo funny when ur in the dark and people are screaming!!!! :)

good game it wil tottaly freak my frienda out

I love the games on this site,they seem so fun

omg thanks so much i played this game for my 12th b-day party with 10 girls for a sleepover and it was awsome!!

cool game gonna play it at my sleepover

This game is the funnest thing ever! My friends and I are 16/17 and we played this at my house for our secret santa party. We were insanely loud, my sister was kinda scared, lol.

i love murder in the dark!

The original version is way cooler but this one's ok

this game is fab i am playing it at my sleepover

I'm having a sleep over this Thursday, and this sounds really fun and exciting to do! Thank you so much for putting this game on here!

i can't wait to play this on my sleepover

This sounds really cool!! and the fact that it involves screaming in the dark its sure to be a winner! lol

lol i thought that was the original!

im going to play this game at my sleepover on sat!!!

no way i cant wait

It sounds like a really fun game! I'm gonna play this with my freind!

april 15,2008
the games that on this wedsite are very good sluber party games

this game sounds really fun, and the screaming will make it more fun. if you are having a pty this game is the one for you

Im having a HUGE party on saturday like 3 days away and im SO Doing that it looks so fun and im having like 30 friends over so its gonna be hard as! ZLLOVING IT

I play this game a bit differently.there is a everyone picks up a piece of paper with letters on it,M=Murderer V=victim and D= detective.The lights are switched of and the detective goes out the room and waits for the murderer to tap someone,if you are tapped you fall to the floor and scream, the detective then comes into the room asking the victims questions.he then choses who he thinks is the murderer.

it think it will be a great game to play at my sleepover party!!!

Murder in the Dark V2 is ok,but the V1 is better,theres more to it which makes it more fabuleso!!

the first game is totally better.

i am so gonna tri dis out nxt wk. ta

The original is much better but still this one is not that bad!

i think this game is really good. My friends will love it.

this sound good but the original is a lot better! 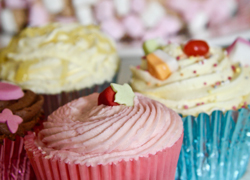