This can get very annoying. Start the game off with the following phrase "I went to the party and took a bottle of wine, but I didn't take a pink panther" or something as ridiculous. Play follows around the table to your left and each player must make a correct statement.

The Secret Rule
There are strict rules regarding what you can and can't "take to the party". Those who know, know. Those who don't, get very frustrated, until they guess the secret rule.

The secret rule is that you may only take to the party an item containing double letters, such as:

The items you can't take obviously don't contain double letters. Those who get it wrong can do a forfeit. Play continues until everyone has got it. A favourite!

Extensions
Other rules you can use instead of the double letters are:

1. Words starting with the initials of the player to the left, so if it's John Smith, you could take a "Jar of Sweets", or a "Jam Sandwich". You could make this harder by choosing the player opposite, or three to the left.

2. Words preceded with an "Ummm" or throat clearing.

3. Words said whilst the player is performing a specific action, such as a scratch of the back, or stroking of the chin. The lead player must define what this secret action is. Others who pick up on the theme must be discreet!

4. Items which are actually visible in the room. 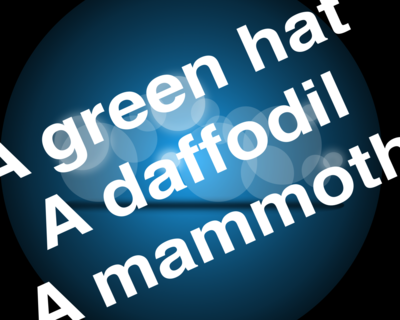 I've played this many a time (often around a camp-fire). We got very sophisticated with our rules - for example, the word had to have a specific number of letters in it, or it had to finish with a vowel. It kept us guessing for hours.

I played a similar game with my sister where you went shopping and you said what you wanted to buy from the shop
If you did it right then you were allowed in and if it was wrong you weren't
When I said to my sis she wasn't allowed in the shop about 5 times she got really frustrated and thought I was just trying to annoy her
I found it so funny!:D:D:D:D:D

Lol this can is so fun:) I played this at girl scout camp and we got so frustrated :)

This game is really fun! My friends and I played it at a birthday party awhile back, around a camp fire, usually the starting person says "yes you can come", or "no you cant come." But instead we said "I am going camping, I am going to bring..." & We started by saying "My name is Gavin, I am going to camping and bring a green sleeping bag.""What are you going to bring and I'll tell u if u can come or not." It was halarious! :)No one could figure it out, and was SO UPSET if they couldn't come.

agh played this game using the "ummm..." rule and it was muchoo frustrating!! funthough. we called it the umbrella game

this is the most irritating game ever....if you can't figure it out

my softball team likes it too

no offense, but it is a weird game

its a rwally fun game!